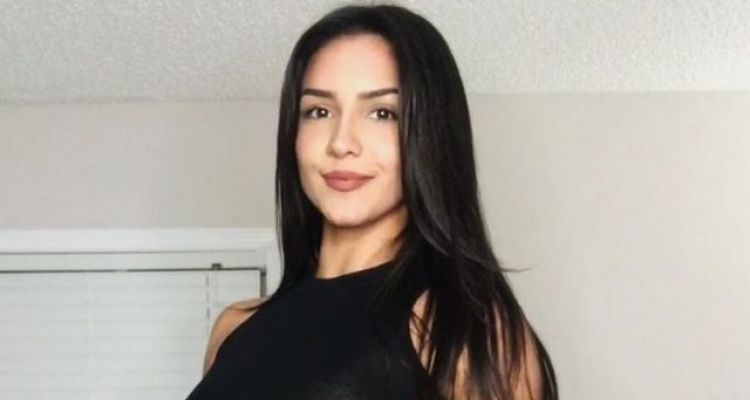 Natascha Encinosa is rising model and an Instagram sensation.

She was born in Miami, Florida, on February 21, 1996, and is of Cuban descent, as both of her parents are Cuban immigrants.

She grew up with her younger brother Bryan in her hometown. Natascha had wanted to be a model since she was a child, but due to her weight, her ambitions were dashed. She began taking ballet lessons in order to achieve her ideal weight, but she was forced to stop due to a kneecap injury.

Natascha needed to see a doctor because she had excessive cholesterol, which could lead to a heart attack. She was put on a strict diet and began cardio exercise with the support of her parents.

Her battle with obesity lasted well into adulthood, and it wasn’t until 2016 that she began to take her condition more seriously. She joined a gym and began her training as a fitness trainer and model.

All about Natascha Encinosa’s Career

She launched an Instagram page and began recording her gym progress, which drew in followers from all around the world. Gradually, she grew in popularity, and with each new post, she gained more fans.

She then went a step further and started creating her own workout routine and routines. She received her first clients soon after, and she was officially certified as a fitness coach.As her experience grew, more people began to seek her services, and her internet celebrity grew as well, with her first 100,000 Instagram followers.

Since then, her following has grown to just under 450,000 people who are impatiently awaiting her new workout program or photos from yet another photo shoot. She has been a brand ambassador for a variety of companies, including ReppSports and Nutrakey, all of which have enhanced her net worth.

To add to her achievements, Natascha won her World Beauty Fitness and Fashion (WBFF) Pro Card at her very first WBFF competition in Atlantic City, New Jersey, in December 2017.

Natascha Encinosa has risen to prominence as a model and trainer since beginning her career, and her success has contributed significantly to her riches.

According to reliable sources, Encinosa’s net worth might be as high as $1 million, which is quite respectable.  Her net worth will undoubtedly rise in the next years, if she maintains her current level of accomplishment.

Natascha isn’t one of those superstars who shares every detail of their personal lives with the public, thus there isn’t much trustworthy information about her in the media.

For the time being, all we can say is that she is single, childless, and fully focused on her job. Hopefully, she will begin to open up more about her personal life to her fans.

Well, this model has captivated many hearts with her curvaceous figure, so let’s look into her measurements.

She has black hair and dark brown eyes, altogether a rather different picture from her earlier life!

Natascha has become a social media sensation, particularly on Instagram, since she began her career. Her official page now has about 450,000 followers, and the number is steadily growing.She’s leveraged her celebrity to promote her latest professional achievements while also sharing personal details such as time spent with pals.

She is also highly active on Facebook, where she has over 95,000 followers with whom she has revealed her career aspirations, among other things.

You can also find Natascha on Twitter, where she has more than 20,000 followers and where she talks about her views, beliefs, and interests in addition to promoting her job.