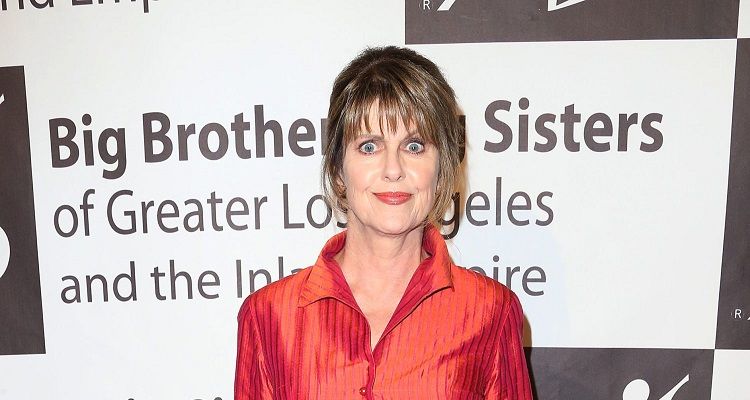 Pam Dawber is an actress. She is best known for the movies including Mork & Mindy as well as My Sister Sam.

Pam Dawber was born on 18th October 1951 in Detroit, Michigan, USA. Currently, she is 67 years old and her birth name is Pamela Dawber.

Similarly, her parent’s name is Eugene E. Dawber and her mother’s name is Thelma M. Her father is a commercial artist and her mother ran a stock photo agency. She had even had a sibling, younger sister, Leslie. Leslie Dawber was born with a congestive heart condition but she died in December 1976.

Moreover, her hobbies are canoeing, horse-back riding, cooking, and swimming. She belongs to American nationality and her ethnicity is still unknown.

Moving towards Pam’s education, she had attended Reid Elementary School in Goodrich. Then, she had joined North Farmington High School and Oakland Community College, to transfer to a four-year college.

Similarly, she deferred her studies and eventually dropped out after deciding to go into modeling full-time.

Pam Dawber had started her professional life as a fashion model. During that time she had worked with Wilhelmina Models and then appeared in television commercials. Similarly, she had even auditioned for the role in ‘Tabitha’ bu the role was handed over to Lisa Hartman.

From the year 1978-1982, she had made her breakthrough from the ABC sitcom ‘Mork & Mindy’. There, she had portrayed the role of Mindy McConnell and often found it impossible to maintain the proper composure in character in the face of her co-star’s comedic talent.

Likewise, in 1980, she sang in Los Angeles Civic Light Opera production of ‘The Pirates of Penzance’. Then in 1988, she had appeared as Samantha Russell in the CBS sitcom ‘My Sister Sam’ but she left the air. Furthermore, she had starred in ‘Stay Tuned’, ‘Life… and Stuff’, ‘The Crazy Ones’, ‘The Odd Couple, and many more.

The 67 years old woman, has earned a huge amount of money through her career as an actress. She was working hard throughout her life to gain this position in her life. Her estimated net worth is $10 million.

Similarly, she has even received a salary of around $15k on the half an hour TV sitcom ‘Mork & Mindy’. Furthermore, her husband estimated net worth is around $90 million.

Pam Dawber had suffered from a rumor about her divorce with her husband. Later, the sources revealed that the couple is actually doing better than ever and living their life happily together.

Pam Dawber had married actor Mark Harmon on 21st March 1987. They had exchanged their vows in an intimate ceremony among family and friends. The couple was first introduced by Gina Hecht.

Similarly, the couple is blessed with two children: Sean Harmon (born 26 April 1988) and Ty Christian Harmon (25 June 1992). Furthermore, the couple is living happily and there aren’t any issues for their separation.

Pam Dawber has a height of 5 ft. 6 inches and owns a weighs of 57 kg. She has a pair of beautiful light blue eyes with brown hair. Her body measurement is 29-25-33 inches and bra size is 34A.