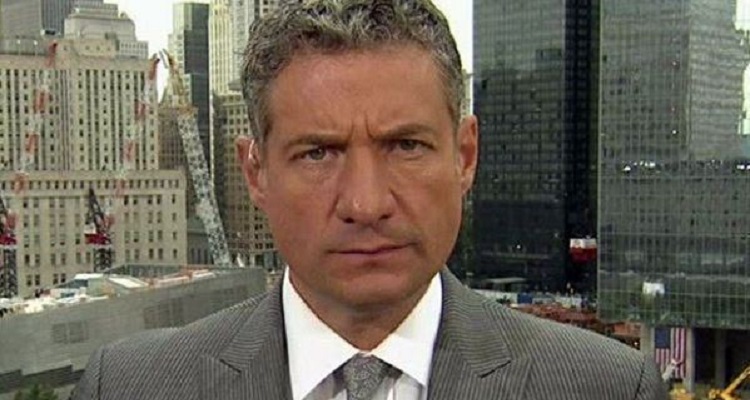 He has two siblings, Scott Leventhal(1958), Leigh(1963). They are of Jewish-American ethnicity. He holds the American nationality.

Also, Read The Lagina brothers-their exploration and TV show ‘The Curse of Oak Island’! Find more about Marty Lagina and his family, career, and education!

Recently, Rick is working with Fox News Channel based on New York City as the senior correspondent. He joined the channel in 1997. Before that, for 10 years, he was working with local News as Reporter and Anchor in cities Columbia, Spartanburg, New York City, West Palm Beach, and Chicago.

As a correspondent, he has covered war zones more than two dozen times including Rick has been to war zones nearly two dozen times which include five trips to Iraq with photographer Christian Galdabini, four to Afghanistan, eight to Israel, tours of Albania, and also Macedonia during the war in Kosovo and two trips to Libya in 2011.

During the Iraq war(2003), he spent nine weeks embedded with the United States Marine Corps’ 3rdLight Armored Reconnaissance Battalion. At the time, they were crossing the border and advancing to the outskirts of Baghdad, where he then joined the 2nd Battalion, 23rd Marines.

On 11th September 2001, he was the first reporter to cover the twin tower live before the tower fell. His more recent coverage includes flooding in Louisiana(2016), the killing of Osama bin Laden(2011, the oil spill in the Gulf of Mexico (2010), the earthquake of Haiti(2010).

What is Rick’s Net Worth?

Rick’s current net worth is estimated to be around $3 million. As a senior correspondent, his earnings are around $84K annually.

Rick stands at a height of 5 feet and 10 inches. He has brown eyes with grey hair. There is no information about his shoe size and body sizes.