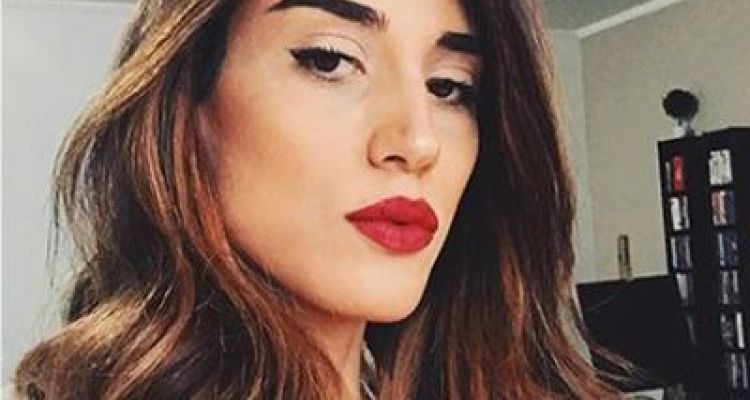 Rouba Saadeh’s height and weight information is not given.

Rouba Saadeh is a Lebanese fashion designer and the founder of Le Paradis Des Fous, a concept store that features international designers. She is well known as Michele Morrone’s ex-wife and a well-known Italian actor and singer.

Rouba Saadeh was born on April 15, 1987, in Lebanon. She can talk in Arabic, English, French, and Italian, among other languages. Her siblings include an older sister named Abir Saadeh and a younger brother. On the other side, her parents are unknown.

The 34-year-old studied at the Collège Notre-Dame de Jamhour in Baabda. ‘Lebanese American University’ awarded her a bachelor’s degree in graphic design and a master’s degree in business administration. Rouba earned a Post Graduate Diploma in Fashion Designing from the ‘Istituto Marangoni’. Later, she enrolled in a summer fashion design course at Central Saint Martins in London.

All about Rouba Saadeh’s Career

Rouba Saadeh began her career at Alfa MIC1 in Beirut, where she worked for over two years as a graphic web designer. Before founding her designer-based concept store ‘Les Paradis Des Fous’ in 2013, Saadeh worked as an assistant for the head of the design team Haute Couture & Pret-a-Porter at Elie Saab for a few months.

Until December 2014, the web designer also served as the company’s chief executive officer. After being immersed in her marriage life and giving birth to and raising her children, she quit working. In June 2019, Rouba joined Elie Saab as the senior ready-to-wear coordinator. She also works as a freelance graphic designer.

As of 2022, Rouba Saadeh has a net worth of $1 million as a fashion designer. Her principal source of income as the wife of a celebrity is designing clothing for Le Paradis Des Fous, a concept store that promotes the work of foreign designers. She also works as a freelance graphic designer and earns a decent income.

Michele Morrone, her ex-husband, is a millionaire actor and singer. He earns money by endorsing goods such as Dolce & Gabbana and Falconeri. Michele is most known for his leading role in the Netflix sexual thriller 365 Days, for which he gained critical acclaim.

Rouba Saadeh began a love relationship with her then-boyfriend, Michele Morrone, many years ago after meeting through a mutual friend. They married in 2014 and kept their love lives covert, never publicizing their wedding date or place. In front of only their family and close friends, the couple married in a beautiful ceremony. Saadeh gave birth to their two sons, Marcud and Brado Morrone.

She decided to break her relationship with him due to misunderstandings and other personal concerns. As a result, their divorce was finalized in 2018.

Michele admitted to his supporters during an interview that he suffered from serious depression when his marriage ended. He also mentioned in one of his Instagram posts that he was ready to drop everything and stop performing. Morrone returned to the industry after a year apart and gave one of his career’s best successes, ‘365 Days.’