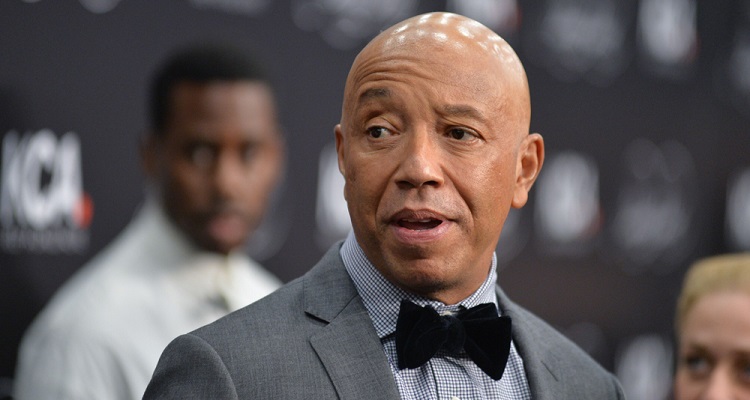 Russell was born and raised in Queens, New York on 4th October 1957. His father Daniel Sr. was a public school administrator and his mother Evelyn was a New York City park administrator. He grew up with his two brothers Daniel Simmons Jr. and Joseph Simmons who are painters in Run DMC. His parents were hardworking, but the community was destroyed by drugs. His nationality is American, and ethnicity is Afro-American.

Simmons told The Guardian in 2013 that,

“Everybody shot dope… I used every drug there is… but it didn’t make me a bad person: it made me a sad person, a diseased person.”

Read More: Bisexual Joseline Hernandez’s rise to fame after being cast in Love and Hip Hop: Atlanta! Know about this reality TV star and her relationships!

Simmons graduated from August Martin High School in 1975, and quickly he attended the City College of New York in Harlem. Before that, his father put him to a job at Orange Julius in Greenwich Village, but within a month he got fired from his job because he threw oranges at people. And after a few days, he got his wake-up call when the Seven Immortals were killed, and after that, he left his gang and started to attend college with a major in Sociology.

Simmons met a DJ/Bboy Kurt Walker who made him participate in the hip hop phenomenon. After he performed in 1977, he knew his career as a hip hop rapper. Simmons stated that,

“Hearing Cheeba in ’77 made me feel like I had just witnessed the invention of the wheel.”

26 years old Simmons was introduced with an aspiring producer, Rick Rubin at the nightclub in Manhattan and soon they became equal partners at Rubin’s fledgling label and Def Jam. The pair made their first hit with ‘I Need a Beat’ which enabling Simmons to secure a distribution deal with Columbia: the first deal of its kind for hip-hop independent with a major label. In 1996, both of them sold the company for $120 to Universal Music Group. Russell Simmons co-produced & appeared in the movie ‘Krush Groove’. Simmons company, Rush Communications includes over ten businesses and three non-profits. Simmons with his partner Stan Lathan also made television hit HBO’s Def Comedy Jam and Def Poetry Jam.

Simmons launched a clothing business and expands it to become Phat fashions in 1992 but sold the company to Kellwood in 2004 with an estimated amount of $140 million. He also sold his co-founded financial company Unirush LLC to Green Dot Corporation for $147 million which was announced in 2017. Simmons uses his parent’s company Rush Communication to oversee his business portfolio which includes the pop-culture website with three nonprofits Celsius, Def Pictures, and Rush Books.

Russel Simmons met model Kimora Lee in 1992, and they dated so long. On 20 December 1998 on the island of Saint Barthelemy. The couple is blessed with two daughters Ming Lee (born 2000) and younger daughter Akoi lee (born 2002). They were happy with their small family, but their togetherness won’t go long, and in 2006, Simmons announced the end of their relationship and got divorced after two years. He never made any more announcement for another dating or marriage. He is single now.

From his hip-hop career to businesses, Simmons made a huge amount of net worth. His income graph went in one direction, i.e. up. But there is no more information about his current net-worth and salary, but according to the 2011 update, his net worth was $340 million.

In August 2013, Simmons launched the controversial sex tape on his Youtube channel “All Def Digital” which ran to the public, and many critics demanding an apology. Rolling Stone published Simmons’ apology for  the satire in which he said:

“I’m a very liberal person with thick skin. My first impression of the Harriet Tubman piece was that it was about what one of the actors said in the video, that 162 years later, there’s still tremendous injustice,” Simmons wrote. “And with Harriet Tubman outwitting the slave master? I thought it was politically correct. Silly me. I can now understand why so many people are upset. I would never condone violence against women in any form, and for all of those I offended, I am sincerely sorry.”

Not only have that much, but many women also have suspected Simmons of sexual harassment-assault or rape. And some of them were aged seventeen at that time of the alleged incident.

Read more: Bhopal Coale, John P. Coale is an Ambulance Chaser married for decades with Greta Van Susteren. His career, battle with cancer and relationship with his wife

Simmons is bald and has black eye color. His height is 1.73 m, weight, shoe size, dress size, etc. are unknown.