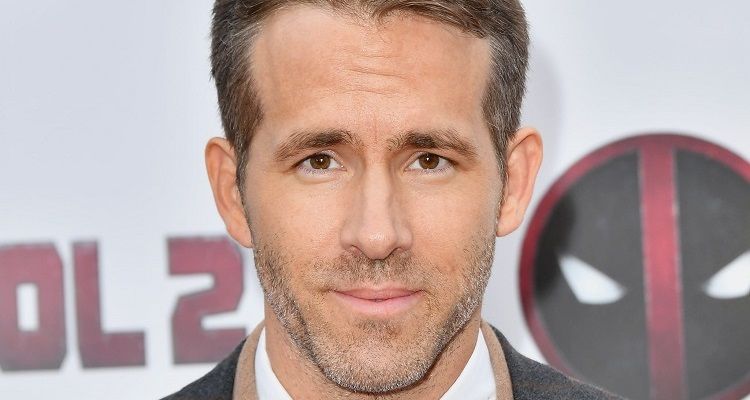 Ryan Reynolds is a Canadian-American actor, film producer, and entrepreneur. He is mainly known for his comedic performances, particularly as the star of the superhero franchise ‘Deadpool.’

Additionally, Ryan Reynolds has also been a part of TV films like ‘Serving in Silence: The Margarethe Cammermeyer Story’, ‘My Name is Kate’, ‘Sabrina the Teenage Witch’, ‘School of Life’, and others. He has starred in a music video as himself and has been a part of a web series.

What is Ryan Reynolds famous for?

Ryan Reynolds was born Ryan Rodney Reynolds on October 23, 1976, in Vancouver, British Columbia, Canada. Currently, his age is 43 years old. His father is Jim Reynolds, who is a food wholesaler and mother,  Tammy Reynolds who is a retail salesperson.

Ryan attended and graduated from Kitsilano Secondary School in Vancouver in the year 1994. Later, he enrolled himself into Kwantlen Polytechnic University, which is in Richmond, but dropped out afterward.

All about Ryan’s Career

Ryan’s career started in 1993 when he starred in a Canadian TV sitcom ‘Hillside’ which was broadcast by Nickelodeon as ‘Fifteen’. He appeared in other TV sitcoms ‘The Outer Limits’ and ‘The Marshall’. His film debut was in the film ‘Ordinary Magic’ which was also a Canadian venture.

He appeared in various films like ‘Coming Soon’, ‘Dick’, and ‘Finder’s Fee’. He played a recurring role for 13 episodes in the TV series ‘The Odyssey‘.  Similarly, in 2002, he played the main role of Van Wilder in the comedy film titled ‘National Lampoon’s Van Wilder’. He made two other appearances as supporting actor in films ‘Buying the Cow’ and ‘The in-Laws’. He appeared in a Canadian heist film named ‘Foolproof’ in 2003. Moreover, he also acted in one of the movies in the ‘Harold and Kumar’ series.

Likewise, he appeared in one of his breakthrough roles in the movie ‘Blade Trinity’ where he played Hannibal King. He voiced Ty Cheese in the TV animated series ‘Zeroman’. He then acted in comedy films like ‘Adventureland’, ‘Definitely Maybe’, ‘Waiting’, ‘Just Friends’, and ‘Chaos Theory’. Other than these, he also played serious roles in films like ‘Fireflies in the Garden’, ‘The Nines’, ‘Smokin’ Aces, and ‘The Amityville Horror’.

In 2009, he portrayed the role of Wade Wilson in the movie ‘X-Men Origins: Wolverine’. Likewise, in 2011, he portrayed Green Lantern in the film titled on his character. He also played a lead in films like ‘The Proposal’, ‘Paperman’, and ‘Buried’. After that, he appeared in several roles in films like ‘The Change-up’, ‘Safe House’, ‘RIPD’, ‘The Voices’, and ‘Mississippi Grind’. He also played cameos in ‘Ted’ and ‘A Million Ways to Die in the West’. He narrated the documentary ‘The Whale’ in 2011. Also, he voiced supporting characters in animated movies like ‘Turbo and The Croods’.

His major breakthrough happened with ‘Deadpool’ in 2016. He acted in and produced the film. His role in the movie was well-appreciated. Deadpool was a major success in his career. Other than these, he also was a part of films like ‘Criminal’, ‘Self/less’, and ‘Woman in Gold’. He will be seen in future films like ‘Life’, ‘The Hitman’s Bodyguard’, and ‘Deadpool 2’.

From 1991 to 1993, Ryan Reynolds appeared in YTV’s teen drama Hillside (also known as Fifteen in the USA) for his role as Billy Simpson. During the show’s entire run, 65 episodes were broadcasted and Ryan was a part of each one of them.

He received the Next Generation Male Award and the Man of the Year Award in 2003 and 2017 respectively. Additionally, he won the Choice Movie Scary Scene award for ‘The Amityville Horror’ and the Choice Movie: Hissy Fit Award for ‘Deadpool’. Ryan won the People’s Choice Award for the Favorite Movie Superhero and Action Star for the ‘Green Lantern’ and also the Favorite Movie Actor for‘Deadpool’.

Also, he won the Best Comedic Performance and Best Fight MTV Awards for ‘Deadpool’. Likewise, Ryan has won the Critics’ Choice Movie Award for ‘Best Actor in Comedy for ‘Deadpool’ and was declared the Entertainer of the Year 2016. He was declared as the Sexiest Man Alive in 2010.

Ryan was rumored to be dating German model Agnes Fischer in February 2011. She acted in the film Safe House (2012).

Ryan Reynolds and Blake Lively started dating in October 2011. They first met on the Acela Amtrak train going from New York to Boston, where Blake had to shoot for “Gossip Girl” and Ryan to shoot for the 2013 movie “R.I.P.D” along with Jeff Bridges. Ryan married Blake on September 9, 2012, at Boone Hall in South Carolina. In June of 2012, they purchased a cottage in Bedford, New York for $2 million. The couple welcomed their first child, a daughter named, Inez Reynolds in December 2014. On September 30, 2016, Ryan and Blake welcomed their second child, James Reynolds.

Ryan was romantically linked to another American actress Kristen Johnston for about five months (from August 1999 to January 2000). Reynolds dated actress Rachael Leigh Cook for a couple of months in 2001. Then, in 2002, he caught the attention of fellow singer Alanis with whom he started dating in 2002. After two years of dating together, the duo engaged in June 2004. During his relationship, he felt that he was already married to Alanis, which he revealed in an interview. They finally separated in February 2007.

Reynolds started dating Scarlett Johansson in April 2007 (a couple of months after Ryan split from Alanis). They announced their engagement in May 2008. Later, in that year (September 27, 2008), the couple married secretly in Tofino, British Columbia. They separated in December 2010, which Ryan announced on December 14, 2010. Their divorce was finalized on July 1, 2011.