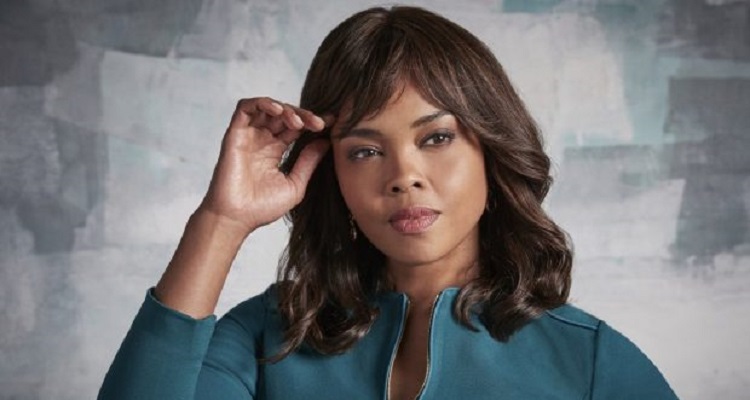 She was born on 17 October 1972 in Tuscon, Arizona to mother of Filipino and father of African-American ethnicity. Both her parents broke up born she was born. Consequently, her mother married ‘Jesse Leal, a Master Sergeant in the United States Air Force and a police officer at Clark Air Base. Her stepfather legally adopted her.

In the Philippines, she went to prayer-school for studies. Later, along with her parents, Leal moved back to the US and settled in Fresno, California. Also, she has a younger step-sister named ‘Kristina Manankil’ from her step-father ‘Elmer Manankil’.

Leal debuted her acting career in 1996, as ‘Dahlia Crede’ in ‘Guiding Light’, which is the longest-running American serial in history. She performed in over 200 episodes of the series, from 1996 to 1999.

She depicted the regular role of ‘Marita’ in 18 episodes of the primetime ‘UPN’ series ‘Legacy’ from 1998 to 1999. Leal was also present in the series called ‘Boston Public’  which was about the interactions between the students and the faculty of a public high school.

Moreover, she recorded an R&B album with ‘Universal Records’. She united with the ‘Broadway’ group of the rock music with whom she toured. Leal debuted the big screen as ‘Tracie’ in the 2000 film ‘Face the Music’.

She has an estimated net worth of around $4 million USD.

She is currently in a relationship with the actor, director, Choreographer, ‘Paul Becker’ since 2010.

Previously, she married ‘Bev Land’, an American actor and director in October 2001. Two of them met in 2000 and soon started dating. They even have a son, ‘Kai Miles’ born in September 2001. Leal and Land married in October 2001 but eventually, divorced in 2007.

She has a height of 5 ft. 8 inches and weighs 55 kgs. She has a neat hourglass-shaped body with a measurement of  34-24-34. Sharon has dark brown hair and light brown eyes.