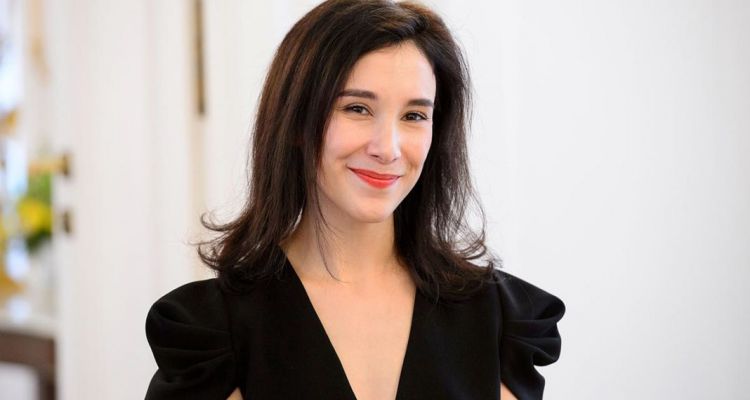 The actress, Sibel Kekilli, of Turkish heritage, was born on June 16, 1980, in Heilbronn, Baden-Württemberg, then West Germany.

When it comes to her early years, Sibel comes from a Turkish family who immigrated to Germany in 1977, before she was born, and lived in Heilbronn, where she grew up. The names of her parents have not been given to the public.

She spent 30 months in a program to become a certified public administration specialist with the local municipal administration after graduating from high school with honors at the age of 16, and then worked for two years in Heilbronn’s city hall.

She relocated to Essen and worked as a nightclub manager, cleaner, waitress, bouncer, and saleswoman, among other positions.

All about Sibel Kekilli Career

Prior to becoming a professional actress, Sibel worked as a pornographic actress, participating in over 15 adult films between 2001 and 2004, allowing her to greatly improve her net worth and pursue a “legitimate” acting career.

She became an actor by chance, when a casting director discovered her in a Cologne shopping mall in 2002 and invited her to test for Fatih Akin’s film “Head-On” (2004). She landed the lead role of Sibel Güner, which she followed up with a role as Italienerin in the film “Kebab Connection” later that year.

In 2006, she starred as Leyla in the film “Winter Journey,” as Concierge at the First Istanbul Hotel in the film “Fay Grim,” as Ruth Zilbermann in the film “The Last Train,” and as Esma in the Turkish film “Eve Dönüş,” all of which increased her net worth significantly.

By the end of the decade, Sibel had been cast as Laura in the 2009 film “Playground,” and she had also played Umay in the 2010 film “When We Leave.” She’s also been in TV shows including “Nachtschicht,” “Gier,” and “Homicide Unit Istanbul,” among others. In addition, she was cast as Sarah Brandt in the TV series “Tatort” in 2010, which aired till 2017.

Sibel landed the role of Nele in the film “What A Man” in 2011, after which she was cast as Shae in several seasons of the Golden Globe Award-winning HBO series “Game Of Thrones” – an adaptation of George R.R. Martin’s novels “A Song Of Ice And Fire” – between 2011 and 2014, which was immensely popular around the world and thus increased her popularity. Meanwhile, she appeared in the 2012 film “Die Männer der Emden” as Salima Bey.

To further on Sibel’s acting career, she played Sibel in the TV mini-series “Bruder: Schwarze Macht” in 2017 and Madina Taburova in the TV series “Bullets” in 2018. (2018). Recently, it was revealed that she will star in two films: “Berlin, I Love You” and “Im Feuer,” both of which will almost likely boost her net worth.

Her career began in 2001, and she has been a part of the entertainment industry ever since, principally as a professional actress.

According to credible sources estimate that her entire net worth is above $3 million, which she has amassed through her successful acting career.

Sibel Kekilli’s most personal facts, such as marital status and the number of children, have remained hidden from the public eye.

Her present address is only known to be in Hamburg, Germany.

Sibel has long wavy dark brown hair and dark brown eyes, and she appears to be a gorgeous woman.