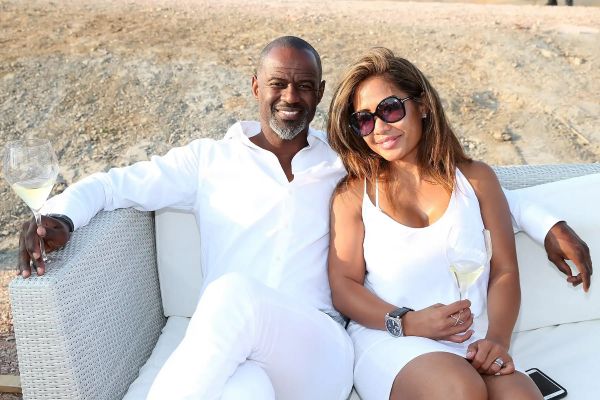 Leilani Malia Mendoza, Brian McKnight’s wife, is well-known if you follow him on social media. The R&B singer can’t help but show his affection for his wife and family, not just on Instagram but also in person at his performances.

Even his music is dedicated to Mendoza, his second wife. We have Leilani Malia Mendoza’s wiki right here if you’re interested in learning more about the amazing woman who is married to the Grammy-nominated performer.

Justin, her father, went to the Philippines to study. Kailani, her mother, graduated from Roosevelt University in Chicago.

In 2021, Julia, also known as Jules by her parents, will earn her degree from the University of California, Santa Barbara. She was employed by the UCSB recreation facility as well.

Brian McKnight is close with Julia and Jack. Brian also publicly displays his love for them on social media in addition to Leilani. The R&B artist has four kids from prior relationships: Brian Jr., Briana, Niko, and Clyde.

He reportedly has three children from a prior marriage to Julie McKnight: Brian Jr., Niko, and Clyde. Patricia Driver is Briana’s mother.

McKnight’s Instagram post criticizing his wife and her children is said to have upset his elder children. Brian Jr. and Briana complained about their father allegedly replacing them with his new family on social media.

Claims that Brian McKnight Sr. abandoned his elder children were denied. Leilani had offered his boys employment where she worked to help them get on their feet, he responded, adding that. Additionally, he said Brian Jr. broke into their house and put a photo of Brian and Julie on Leilani’s vanity.

Mendoza frequently posts photos to her social media accounts while dressed in scrubs. Because of this, a large portion of her and McKnight’s supporters believe she is a nurse.

Therefore, McKnight used Instagram to dispel the myth that only women wear scrubs. Leilani Mendoza is a pediatric neurophysiologist, he said.

After Julia and Jack were born, she returned to school, where she eventually received her diploma after 12 years. She was connected to UCLA, per her old LinkedIn page.

Following his split with Julie McKnight, Brian dated Annalisa Mungcal, a fellow Filipina. By the time he started dating Leilani Mendoza in 2014, they had already broken up.

After three years of dating, they got engaged in May 2017. On December 30, 2017, Leilani Mendoza and Brian McKnight got hitched.