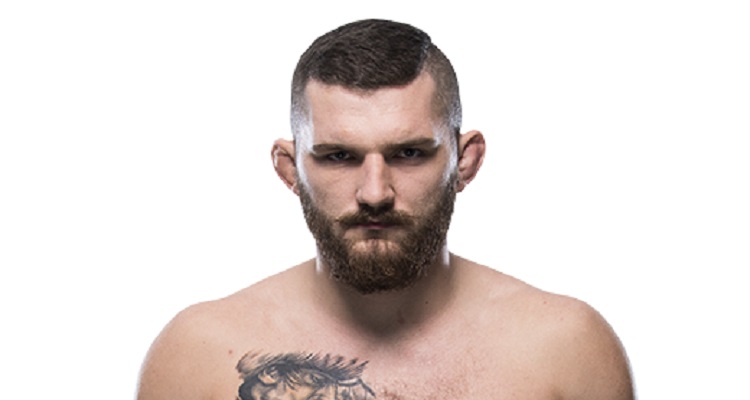 Michal Oleksiejczuk is a professional Polish Mixed Martial Artist. He had 19 matches among which he won 14 matches: 10 by knockout, 1 by submission and 3 by decision. In 2014, Michael was the former Thunderstrike Fight League Light heavyweight Champion in Poland.

How old is Michal Oleksiejczuk?

Michal Oleksiejczuk was born on 22nd February 1995 in Leczna, Poland. However, the details about his parents and siblings are under review. As of 2020, he is 25 years old and belongs to the birth sign, Pisces.

Also, his family life is also pretty much under wraps. From his Instagram posts, however, we can assume he has brothers and a sister. It seems his sister has recently got married and he has an elder brother who is married with children and a younger brother as well.

Michal holds Polish citizenship and his ethnicity is White. Talking about his education, Michal must have completed his schooling and high studies but the name of the school and college is not revealed.

Similarly, Michal faced Gian Villante on 23rd February 2019 at UFC Fight Night: Blachowicz vs. Santos and won the fight via TKO and also earned him the title of Performance of the Night.

Likewise, he had a match with Gadzhimurad Antigulov on 20th April 2019 at UFC Fight Night: Overeem vs. Oleinik and won the fight in the first round. On September 28, 2019, he fought with his rival Ovince Saint Preux at UFC on ESPN+ 18 but lost the fight via submission.

Moreover, he faced Jimmy Crute on 23rd February 2020 at UFC Fight Night 168 but lost the fight via kimura submission.

What is Michal Oleksiejczuk’s Net Worth?

Michal makes income from his matches against various fighters. According to the sources, Michal’s net worth is estimated to be around $0.4 million as of 2020. However, the information about his salary is under review.

Regarding his love life, he is neither married nor in a relationship. He has kept his personal life quite private. There has not been any news or rumors about his relationships, hookups, and breakups. Therefore, Michal probably is single and is focusing on his career at the moment.

Michal stands at a height of 6 feet and weighs 93 kg. He has brown eyes and his hair is also brown in color.