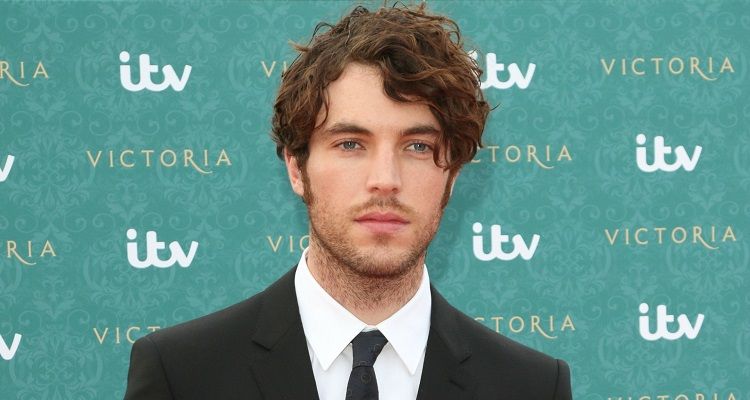 His height is 1.85 m and has beautiful blue eyes.

Who is Tom Hughes?

Tom Hughes is an English actor. He is also involved in music and modeling. He is most famous for his acting in various TV serials. His popular serial is Victoria. He was first seen in Victoria’s episodes in 2016 and is still features in it.

Tom Hughes was born on 18 April 1985. His birthplace was in a walled city known as Chester, Cheshire, England. He is British by nationality and English by ethnicity. His father and mother’s names are Roy Hughes and Sue Hughes. Tom’s father was a musician and his mother was a homemaker. His siblings are unknown, he seems like a single child.

Tom Hughes graduated from the Royal Academy of Dramatic Art. He has graduated (2008) in B.A in acting. His schooling was from a local high school. He also joined the Liverpool Everyman Youth Theatre group.

Tom’s longest-running TV show in Victoria. It started in 2016 and is about a British royal family drama. Tom is playing the role of a prince named Albert. This show is still being broadcasted and Tom is featured as a prince which is loved by viewers.

Tom Hughes is so far related to only two women. The first woman who Tom used to date was an actress Ophelia Lovibond. They started their relationship in 2011. They were living together and never intended to talk about their relationship. Ophelia passed a statement,

“I’ve just moved to Hampstead with my boyfriend. Neither of us like to talk about out private lives, but we haven’t been together that long.”

But now this couple is not together. The reason for their split is still unknown.

The second and present love partner of Tom is his co-star Jenna Coleman. They first met each other back in 2016 and started dating each other. Their link-up became media’s topic and in 2017 rumors were spread about their engagement.

The rumor started, when Jenna was spotted with a ring but after someday no ring was found on her finger. This couple never cleared their relationship status and separation but the public thinks that they are engaged. Once, Jenna pranked media by posting a photo of her with a baby bump. But later she clarifies it was for a show The cry. This couple is living together.

Also, read Is there any girlfriend in social media star Hunter Rowland’s life? Know more about his relationships, family life, and career!

Tom Hughes has an amazing personality. He has a unique charm and aura. His height is 1.85 m and has beautiful blue eyes. His hair color is dark brown. But his body weight is unknown along with other body features.

Tom Hughes is involved in doing shows and walking ramps. He is so far experiencing a wonderful life. His salary is unknown but as from sources, his net worth is calculated as $0.5 million. In the case of his partner Jenna Coleman, she has around $5 million.

Tom Hughes was able to gather a maximum number of fans. His talents, charm, and personality attract the public every day. However, there are no official accounts of Tom on social networking sites like Instagram, Twitter, and Facebook. His fans have made fan pages of him.

On Instagram, Tom is followed by around 1.5k followers, and by more than 100 followers on Twitter. His Facebook fans are approximately 30oo. We hope that in the coming future, Tom will have his social account.