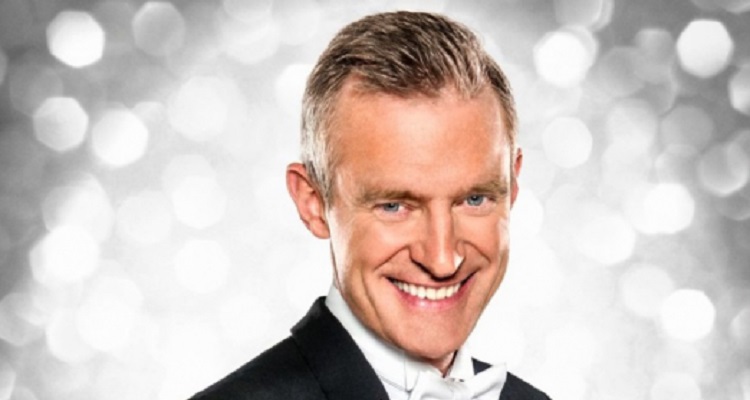 Jeremy Vine is a British television journalist who hosted his own radio variety shows. Jeremy Vine is prominent as the host of his own BBC Radio 2 program which presents news, views, interviews with live guests, and popular music. Similarly, he is even famous for his direct interview style and exclusive reporting from war-torn areas throughout Africa.

What is Jeremy Vine Famous For?

Jeremy Vine was born on 17 May 1965, in Epsom, Surrey, London to Guy Vine (father) and Diana (mother). His father worked as a Civil Engineering lecturer at Surrey College of Technology in the North East, and mother who was a housewife and also a doctor’s receptionist. Similarly, he grew up with a sister named Sonya and a younger brother, Tim Vine is a comedian. Sadly, Vine lost his father in the year of 2018. Likewise, he belongs to British nationality. Although the information regarding his ethnicity is still under review.

He studied at Lynton Preparatory School in Ewell, then at Aberdour School in Burgh Heath, as well as at Epsom College. He performed the drums in a band called The Flared Generation, for which his brother Tim also belonged; they were described by Smash Hits magazine as the most unfashionable punk band in the country.

Whereas, he obtained a 2:2 undergraduate degree in English at Durham University (Hatfield College). He had been a participant of the sketch comedy band, The Durham Revue. Vine took a work permit after university at the age of 21 and moved to the United States to find a job in Wyoming. Additionally, Vine qualified in a journalism training course with the Coventry Evening Telegraph, following a brief time on Metro Radio.

All About Jeremy Vine’s Career

He began his career at the BBC featured reading the radio news in Northern Ireland, and working on the BBC1 show Heart of the Matter as a reporter. He was a regular correspondent on Today’s BBC Radio 4 show, filing stories from across Europe in 1989. Whereas he has released two comic novels set in the midst of the modern Church of England, including Forget Heaven, Just Kiss Me (1992), and The Whole World in My Hands (1993), while working for Today. The novels were unsuccessful and Vine now finds them to be childish.

In the mid-1990s, Vine became associated with BBC TV audiences as a political analyst, including reporting on the New Labour’s rise under Tony Blair. He later made his mark on the 1997 General Election, giving humorous comments. After the 1997 election, Vine became the Johannesburg-based Africa Journalist, traveling across Africa. Research assignments brought him to the battlefront to report on the Eritrean – Ethiopian War, the Angolan Civil War, the conflict in Lesotho after South African forces joined and, amid leadership conflicts, hoisted a South African flag over the Royal Palace. During political elections, he also traveled to Algiers and Kenya to study. Therefore, Vine managed to secure interviews with key leaders in different African nations. Most of these included former Zimbabwean President Robert Mugabe; and the Islamist government leader in Khartoum, Sudan. Certain regions of Africa that he has written include Mali, Zambia, Sierra Leone, and the Niger Delta, to report.

In April 1999 Vine presented BBC Two’s Newsnight with an exclusive report on South African police brutality. The film won the Monte Carlo Television Festival’s Silver Nymph and resulted in 22 police officers being suspended. The BBC reported in July 1999 that Vine joined Newsnight full-time as a co-presenter, having filled in for Jeremy Paxman during the previous two summers.

Vine has been one of the original Broadcast House presenters on BBC Radio 4 and hosted The Politics Show on BBC One from its launch in 2003 before Jon Sopel took over in 2005. Vine was revealed in May 2006 as Peter Snow’s replacement for hosting the BBC election graphics, including the popular Swingometer. His success on the day of the England and Wales council elections on 30 April 2008 has been widely criticized. He co-presented the Teaching Awards from 2007 until 2009 with Kate Thornton (2007), Myleene Klass (2008), and Christine Lampard (2009).

Vine delivered Points of View from 2008 to 2018, taking over from Terry Wogan. He began hosting the BBC Two quiz show Eggheads on 6 October 2008, while the series spin-off, Are You an Egghead? The daily host, Dermot Murnaghan, introduced it. Vine began hosting the second half of each series after the spin-off show had concluded, with Murnaghan hosting the first half.

After several stints as a stand-in for Jimmy Young on BBC Radio 2 Vine on 6 January 2003 he regularly took over the weekday lunchtime series. The series consists of a mix of news-based discussions that involve listeners’ opinions, interspersed with popular music. The series was redesigned after Vine took over the hosting duties. Although the daily food slot on Thursday was dropped, the legal advice slots for Monday Health and Friday were modified. Shows on Friday often include a link-up to gardener Terry Walton. Lucy Berry served as the in-house poet of the show, until October 2006.

Jeremy is a married man. He married Rachel Schofield who is an English journalist and a news presenter. The beautiful couple blessed with two daughters named Martha Vine and Anne Vine. Whereas, Vine’s wife Rachel also graduated from Durham University and also works at BBC News. Before getting married to Rachel Vine he was married to the banker Janelle Muntz from 1992 to 2000. Sadly, the marriage didn’t work out properly. The couple separated in 2000.

He has a height of 5 feet 3 inches. Whereas, he has an average body weight. Sadly, the exact information regarding his body weight and body measurement is still unavailable. Likewise, he has blonde hair and blue eyes.