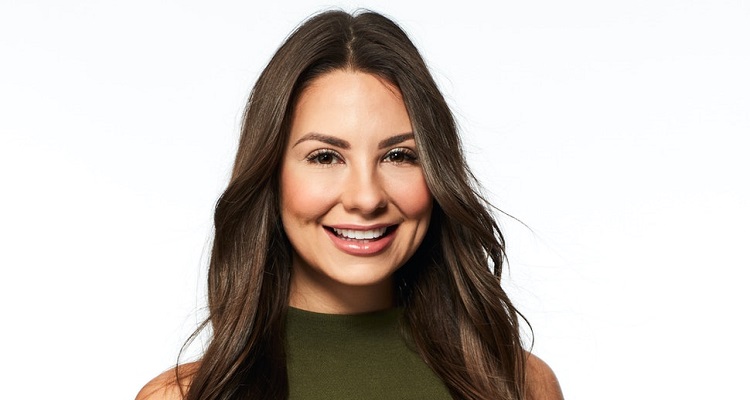 Kelley Flanagan is an American attorney and tax consultant at Flanagan Bilton Tax Management in Chicago, Illinois since 2019. She is well known as a contestant in the 24th season of the dating and relationship reality television series, The Bachelor.

What is Kelley Flanagan Famous For?

Kelley Flanagan was born in 1992, in North Barrington, Illinois, United States of America. She celebrates her birthday every year but she has not disclosed the month and exact day she was born. Her father, Thomas Flanagan, is the founder and managing partner of Flanagan Bilton Tax Management in Chicago, Illinois. On the other hand, details regarding her mother are scarce and her name has not yet been revealed. She has four brothers, Michael, John, Thomas Jr, and Jim as well as one sister, Pamela. All of her siblings apart from Jim also work at their father’s company, FB Tax Management. Kelly holds American citizenship but her ethnicity is unknown.

Flanagan began ger undergraduate schooling in 2010 at the University of Alabama. In 2014, she graduated with a Bachelor’s Degree in Marketing. During her time there, she was a member of the Zeta Tau Alpha sorority and worked as a Campus Liaison for the Serengetee clothing brand.

Besides, she was the University of Alabama Global Ambassador for the Semester at Sea program. Afterward, the attorney enrolled at the Chicago-Kent College of Law at the Illinois Institute of Technology graduating with a J.D in 2017.

All About Kelley Flanagan’s Career

After completing her higher learning education, Flanagan joined her family business, Flanagan Bilton LLC, as an attorney and tax consultant. The company is a nationwide property tax law firm that specializes in lowering property taxes for all forms of commercial property.

The firm’s headquarters are in Chicago and are distinguished from other tax consultancies since they have services that offer tax advisory opinions as well as expert legal advice on property tax-related matters. Since joining The Bachelor season 24, the attorney can also be now known as a television reality personality. Flanagan made her debut in the show on January 6, 2020, where she recognized the pilot, Peter Weber when they met at a hotel in California.

Moreover, she was listed on the first group date that took place at Sun Air Jet Hangar in Camarillo. The dinner portion was held where Kelley and Peter first met. At the end of the show, Kelley said that if her relationship is strong enough she wants to get engaged. Additionally, she said that she is looking for someone who is challenging her and is part of a power pair. Consequently, Peter gave her a rose.

After Peter took her on a one-on-one date in Costa Rica during episode five, viewers who support the duo’s relationship expressed their worry that Flanagan might not be interested in the pilot. According to Peter himself, the attorney is not trying hard enough. Stay tuned for more about Flanagan’s stay on The Bachelor.

According to online sources, Flanagan’s annual salary ranges between $55,000 and $76,609. Ms. Flanagan has not revealed her net worth. She has an estimated net worth of around $400k USD.

The attorney describes herself as a modern woman who doesn’t rely on men to take care of her. Her last recent relationship was with a handsome man from Jordan. Thus, she made visits to the Middle East once or twice a month to see him. The long-distance relationship became tedious for Flanagan, thus, the duo called it quits.

Also, she was spotted fighting for Peter Webber in the dating TV show, The Bachelor. There were rumors that they were dating. However, Peter ended the rumor after announcing they were not dating.

Recently she accused producers of the show that they locked her for three hours in the closet to prevent her to see him. Also, she added that they pushed other people in front of him where it was not a similar case for her.

She stands at a height of 5 feet and 4 inches (1.63 meters). However, details regarding how much she weighs are not available. Also, she has black eyes and brown hair.