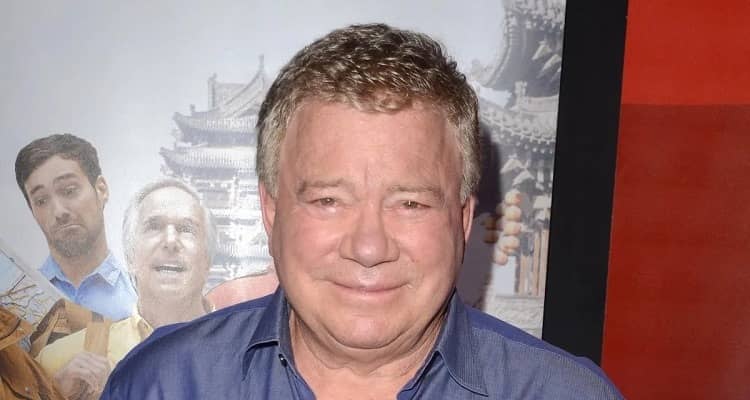 Who is William Shatner?

What is William Shatner famous for?

How old is William Shatner?- William Shatner was born on March 22, in the year 1931, in Notre-Dame-de-Grâce, Montreal, Quebec, Canada. His current age is 91, and his zodiac sign is Aries.

Talking about Shatner’s education history, he attended Willingdon Elementary and West Hill High Schools. Following that, he studied Economics at the McGill University Faculty of Management in Montreal, Canada, and graduated with a Bachelor of Commerce degree.

All about William Shatner’s Career

Shatner began his career as an actor at the Stratford Shakespeare Festival in 1954. Shatner then appeared on Broadway in the play ‘Tamburlaine the Great’ two years later. William appeared in plays as well as television series for some years before he had his first break in films in the year 1958 when he was cast in the film ‘The Brothers Karamazov’ released by MGM.

Shatner’s performance in the play ‘The World of Suzie Wong’ the same year was warmly praised. Throughout the 1960s, he worked in both films and television, as well as some theater. He starred in films like ‘Explosive Generation’, ‘Intruder’ and ‘Judgement at Nuremberg among others while on television he was a part of the cast of ‘Thriller’, ‘Twilight Zone’ and ‘The Outer Limits’.

In 1966, Gene Roddenberry cast William Shatner in the character of Captain James T. Kirk in the popular TV program ‘Star Trek,’ and he starred in the show for three years. It was one of the most important parts of Shatner’s career, and he went on to feature in the following Star Trek films.

Shatner began his musical career in 1968 with the album ‘The Transformed Man,’ and went on to release three more albums during his career. ‘Has Been,’ ‘Seeking Major Tom,’ and ‘Ponder the Mystery’ were the three albums.  After ‘Star Trek’ was canceled in 1969, William Shatner’s career suffered as he was unable to land the types of jobs he desired due to his association with his ‘Star Trek’ persona. Around this period, Shatner was mostly seen on television in series such as “The Andersonville Trial,” “Barbary Coast,” and “The Hollywood Squares,” among others.

Shatner’s career took a good turn in 1979 with the release of the film ‘Star Trek: The Motion Picture,’ in which he played the famous character of Captain Kirk. Shatner went on to portray the character in all six future Star Trek films. He has played Captain Kirk in films such as ‘Airplane: The Sequel’ and ‘National Lampoon’s Loaded Weapon 1’.

In 1982, he began working on the TV series ‘T.J. Hooker,’ and he also directed several episodes. Shatner hosted the popular crime show ‘Rescue 911’ for seven years after that. TekWar was his first published work, and he also wrote several science fiction books at the time. He played the lawyer Denny Crane in the program ‘The Practice,’ and the character was so successful that he was cast as the same character in the sitcom ‘Boston Legal’ in 2004.

His performances in the later presentation received acclaim. His book, ‘Up Till Now- The Autobiography,’ was published four years later. Over the course of his career, he has appeared in a variety of TV episodes, documentaries, and films.

What is William Shatner’s net worth?- Shatner has a net worth of approximately $100 million. As an actor, he has an average salary of $45,662.

In 2005, Shatner was given both the Golden Globe and the Emmy award for outstanding supporting actor for his depiction of Denny Crane in the sitcom ‘Boston Legal’.

Is William Shatner divorced?- William Shatner married American horse trainer Elizabeth Anderson Martin in 2001, but the couple divorced in 2019 and the divorce was formalized in January 2020. On August 12, 1956, he married actress Gloria Rand (née Rabinowitz), and they had three daughters: Leslie Carol Shatner (born in 1958), Lisabeth Shatner (born 1960), and Melanie Shatner (born in 1960). (b in 1964). After he left her while working on Star Trek: The Original Series, she divorced him in March 1969.

How tall is William Shatner?- Shatner has a height of 5 feet 10 inches and her weight is 82Kg. Hence, William has salt-and-pepper hair and hazel eyes.