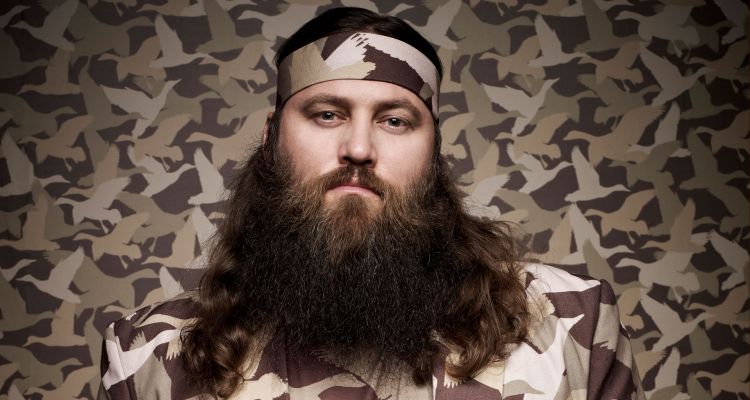 Willie Robertson’s height and weight information is not mentioned.

Willie Jess Robertson is an actor, novelist, businessman, hunter, and television personality . He is most known for being a part of the reality television series “Duck Dynasty.” He is the founder and CEO of the Duck Commander and Buck Commander enterprises.

The actor,Willie was born on April 22, 1972, in Bernice, Louisiana, USA. He had two older brothers and one younger brother as he was growing up. The family spent a lot of time outside, and the boys learnt to hunt at a young age. His father started a little business called Duck Commander, where he and his siblings spent a lot of time . Willie assisted with a variety of activities for the company, including making business calls and assisting in the construction of duck calls, which was their key selling point.

Willie first attended Harding University, then transferred to NE Louisiana University to finish his education, graduating with a business degree, and then began to think about how he could assist the family business, eventually helping to grow Duck Commander from a small business to a multi-million dollar one while also significantly increasing his own wealth.

All about Willie Robertson’s Career

He was handed command of the family firm and was eventually named CEO. He attempted to discover new ways to assist the business develop now that it was doing well. This was the point at which he realized that one of the avenues he could explore was television.

Robertson made his first guest appearance in the series “Billy the Exterminator” in 2010, and then began developing a television program concept. “Duck Dynasty,” a sitcom about Robertson and his family who became wealthy because to the success of the family firm Duck Commander, would be the show he would produce. The show depicts the family’s daily activities as well as the family’s company, which mostly manufactures duck hunting products, particularly duck calls. The family’s men are noted for their lengthy beards and for being outspoken about their Christian beliefs.

They had two specials on the Outdoor Channel called “Benelli Presents Duck Commander” and a spin-off called “Buck Commander” before having a regularly produced television show. “Duck Commander” originally aired on A&E, but the Outdoor Channel eventually acquired the rights to reruns of the show, which set multiple A&E and cable television records. However, it has had some problems, with one of the cast members, Phil Robertson, being suspended indefinitely after making anti-gay sentiments during an interview with GQ. However, after a demand that he return was made, he was reinstated nine days later.

“Duck Dynasty” generated $80 million in advertising during its first nine months, and item sales helped the show reach $400 million in income within a year. The sitcom aired for 11 seasons until coming to an end in 2017 with an hour-long finale. Willie also runs a company called Buck Commander, which has its own DVD series and has aired on the Outdoor Channel. He also made a cameo appearance alongside his wife in the Christian film “God’s Not Dead” and featured in an episode of “Last Man Standing.” US Representative Vance McAllister invited him to attend President Barack Obama’s State of the Union Address in 2014.

Willie Robertson’s net worth is unknown. Sources estimate his net worth to be $20 million as of mid-2018, based on his success in different businesses and a considerable sum from his work on television. It is believed that his riches will grow as he continues his pursuits.

Robertson has been married to Korie Howard since 1992 and they have six children, two of which are adopted, according to his personal life. The family is outspoken about their Christian beliefs, and he frequently promotes it to others; he belongs to the Church of Christ. Robertson is nearly usually seen wearing a white suit jacket and a bandana with the American flag on it. His style has been compared to that of Boss Hogg from “The Dukes of Hazzard,” a show he enjoys. Many of his relatives, including himself, sport beards resembling those worn by the music band ZZ Top.

Willie is an extremely active social media user, with profiles on both Facebook and Twitter. He frequently promotes his projects, especially recent episodes of the show “Buck Commander,” which has been made into an online web series. He’s also been to a number of sporting events, as seen by photos he’s shared online.